The Captain of Cooperstown

For over 20 years Derek Jeter has given baseball fans some unforgettable moments. Now his legacy will be enshrined in the halls of the National Baseball Hall of Fame. On September 25, 2014, Jeter played his final home at the cathedral of baseball that is Yankee Stadium. Ending that game with a walk-off single. Originally scheduled to enter the Hall of Fame last summer but due to covid-19, it was postponed. Derek Jeter fell one vote short of becoming only the second player ever to be voted unanimously into the Hall of Fame. 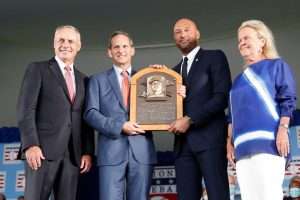 Thousands of fans were welcomed into Cooperstown, NY wearing the iconic Yankees jersey with Jeter’s uniform number. Everyone will remember the name of Derek Jeter whether it would be because of the flip, the dive, his 3000 hit, or his 5 World Series championships.

Two moments that stand out from Jeter’s career to me are Game 4 of the 2001 World Series against the Arizona Diamondbacks when Derek Jeter hit a walk-off Homerun against pitcher Byung-Hyun Kim right after midnight becoming Mr. November as it was the first time in Major League Baseball history that baseball was played in the month of November. The other moment was in 2011 as I watched Derek Jeter hit a Homerun for his 3,000 hit off Tampa Bay Rays pitcher David Price. 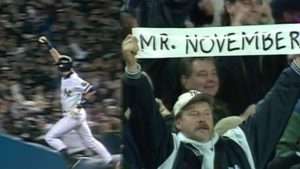 Derek Jeter Played the game the right way. He was a good leader and a clutch player.